INHERITANCE IN TENERIFE, A COMPLEX ISSUE

Inheritance is a very complex field of law, particularly if the estate of the decedent includes assets which are located outside his/her state of residence.

In this case, you would probably like to seek for legal help, we are your perfect professional partner when it comes to dealing with your estate, both abroad and in the Canary Islands.

Do I have any legal and tax obligations if I make a Spanish Will?

Making a Spanish Will does not have any legal or tax consequence, as this is an act of last testament; the only cost will be the legal fee for making the Will.

The cost for making a Will is insignificant compared to the cost of not having it. In this case the Spanish Notary Public will require the formalization of several proceedings and ‘escrituras’ before allocating the estate of the deceased. This will in fact be a much longer process.

Why I should have a Will in Tenerife

A resident and a non resident having any property or assets in Tenerife should make a Will in Spain. As previously noted, it is recommended for two reasons:
– To avoid unnecessary paperwork and expensive legal costs in both your country of residence and in Spain.
– If a Spanish Will has not been made, the assets of the decedent may be disposed of under Spanish Law.Ç

Request a Spanish Will – If you have any assets or property in Tenerife, we recommend that you sign a Spanish will before a Spanish Notary in Spain to deal with all of your assets based in the Spanish territory.

What do I do if I have inherited property?

First of all you must find out whether or not the decedent made a Will. If this is your case, you will need to officially translate all the documents necessary for the inheritance and allocation of assets, such as the English Will, the Grant of Probate and the Death Certificate, if applicable.

Please note that any document which is not in Spanish must be translated by a certified translator appointed in Spain, and duly apostilled. If you need help with the translation and succession/inheritance process please contact us.

Once you have done this, you will need to gather all the documents necessary and start the process for the allocation of assets before a Spanish Notary Public.

Contact us to have this done before any of our associated Notaries Public in Tenerife and get this done within a few days only! 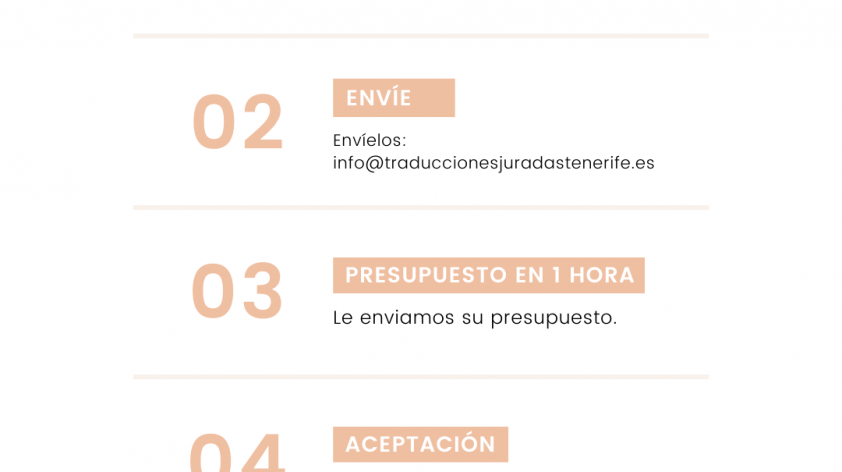